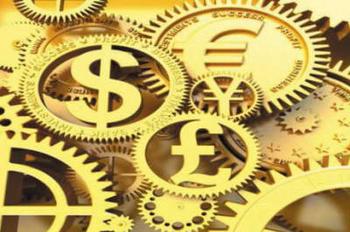 In 2011, of China's total import and export volume of 3.64 trillion U.S. dollars, regardless of the total volume of imports and exports, exports, or imports, the share of emerging markets in Chinaâ€™s trade exceeded 50%. Since the second half of 2012, macroeconomic operations in emerging market economies have undergone severe fluctuations, economic growth has stalled, and large-scale capital flight has occurred. According to Mei Xinyu, a researcher at the International Trade and Economic Cooperation Research Institute of the Ministry of Commerce, the continuation of this trend will have a huge impact on the import and export trade of the Chinese chemical industry in 2013.

"China's chemical import and export product structure there is a lot of problems." Li, deputy director of the China National Chemical Information Center, said, "Some export distribution of chemical products there is a big difference between a major importer of such products in the world distribution, export markets space difference shows that our chemical products in the export strategy has yet to be improved. in addition, China's exports of chemical products mainly resources, energy consumption, labor-intensive products, while imports high-end chemicals. such a structure is vulnerable to international import and export There are constraints and restrictions on such policies as carbon taxes."

"In addition to the carbon tax, the relevant policies of our trading partners are also tightening." Mei Xinyu said.

According to statistics from the Global Trade Early Warning Organization, from the year of 2008 to June 2012, a total of 2,430 trade protection measures were initiated worldwide, of which 1,144 were related to trade protection measures, accounting for 47.1%. From 1979 to June 2012, in the 1 530 trade remedy investigations initiated by the world against China, the chemical industry accounted for 371 cases. â€œChina is the biggest victim of international trade protectionism, and chemical industry is the hardest hit.â€ Mei Xinyu concluded.

Where is the way out? Li Zhong believes that the urgent need for the chemical industry is transformation and upgrading. "Products should shift from short-term to long-tailed economies, pay more attention to high-end fine chemicals and specialty chemicals, and change the product structure of imports and exports."