[China Aluminum Industry Network] With the development of economy, the improvement of the manufacturing technology level, the emphasis on green manufacturing and product energy-saving emission reduction has become the trend of the times. Looking at the construction industry, doors and windows as an inseparable part of the building have become the focus of attention on the green process in the manufacturing process. Among them, the tightness and heat preservation of doors and windows are an important part of energy-saving design. Now the door and window industry in the use of thermal insulation broken bridge windows, which thermal break bridge windows in the form is divided into two types: one is a pouring type, one is wearing a strip type. Then analyze the contrast between the pouring type and the wear type performance performance from several aspects. 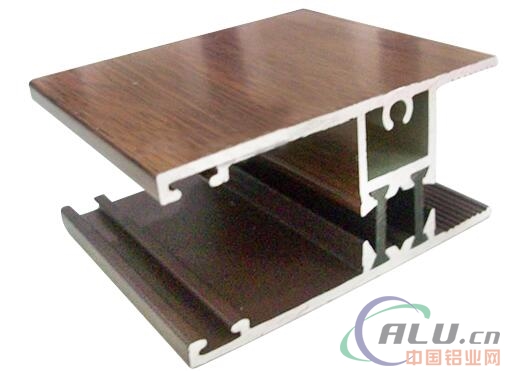 Casting process is a kind of equipment and glue inseparable technology, so the manufacturers of equipment and insulation rubber manufacturers are basically the same, the main import Ya Song, the equipment is shipped to the United States in the production of high cost, I At about 1.4 million, Class II is about 700,000. The mixing ratio of the two raw materials is fixed so that the manufacturer must use its raw materials, otherwise it cannot work and has poor versatility. Domestic equipment, Dalian Lianshi Technology Co., Ltd. produced equipment on the basis of the same basic principle, made a major change, the more critical point is that all actions by the computer control, matching, temperature can be adjusted according to need. With the initiative, users can choose more suitable raw material suppliers. The price is generally between 300,000 and 400,000.

In contrast, pouring profiles have been in existence for more than 30 years. Poured insulation systems have been widely used in residential and commercial residential buildings. They are of high quality, energy-efficient, and are constantly known, understood, and accepted in the industry. As the status continues to climb, the number of applications in the market is rapidly increasing. Compared with the strip type, cast insulation products are easier to produce and the unit cost is more economical.

According to the test, if the same structure is used to make the same 45mm inner window (1500mm Ã— 1500mm), according to the experimental results, under the premise of the width of the door and window profile, the glass system configuration and the width of the insulation material are the same, the pouring interval The heat insulation performance of the hot window is obviously better than that of the heat insulation window.